Home / News / The positive side of nicotine use for quitting smoking

If you’re planning on quitting smoking and have done some research into the most effective and reliable ways, you will have heard that NRT (nicotine replacement therapy) has the highest success rate.

Statistically, using NRT or other forms of inhaled nicotine is the safest and most reliable way to quit smoking.

What isn’t often talked about, is some of the positive effects nicotine can have on the body.

It’s common knowledge that nicotine is the addictive chemical in cigarettes. By continuing to supply the body with nicotine – without all the other harmful chemicals in cigarettes – you can leave smoking behind you.

In addition to this, here are some of the science-backed benefits of continuing to use nicotine as you quit smoking:

In fact, studies have shown that nicotine has the opposite effect on cognitive functions. One of the more recent and lengthy studies carried out in 2018(2) concluded:

When/if you were smoking you will have been very familiar with how it disrupts regular sleeping patterns. Which, in turn, causes all the ill-effects that accompany getting a lack of quality sleep.

The harmful chemicals in cigarettes also raise the risk of developing long-term sleeping conditions, such as sleep apnea, insomnia, and snoring.

Another interesting effect nicotine has on the body is that it’s a stimulant, but also has a mood-modulating effect(3).

There may be an adjustment period when you first quit smoking but taking nicotine therapy is going to have a positive impact on your mood and sleeping habits. Essentially, you are going to feel more alert during the day, and able to sleep better at night.

Quitting smoking is difficult, the facts back this up. It’s estimated that about 60%(4) of smokers in the UK want to quit, but only about 6%(4) are able to successfully quit.

The main reason why most people fail to quit is due to the overwhelming withdrawal symptoms(5) they experience. Which is essentially the body craving a cigarette, or more specifically, nicotine.

Withdrawal symptoms manifest because nicotine is an addictive chemical. When a person quits smoking and the body stops getting nicotine, the brain sends out signals in the form of withdrawal symptoms.

It’s at this point people have the choice between smoking or using NRT to satisfy the brain and stop the withdrawal symptoms.

Nicotine on its own is not harmful. Hence, using NRT to quit smoking is the safest and most reliable way to quit cigarettes for good.

If you’re in the process of quitting smoking, using NRT or inhaled nicotine is known to have the highest chance of success. It’s also the safest option and offers the benefits discussed above.

3. 2018 Henry Ford Health System The Link Between Sleep And Nicotine

4. GOV.UK One person quits smoking every 80 seconds in England

5. Smokefree.gov Why Quitting is Hard 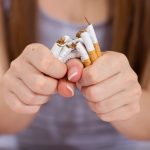 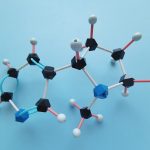 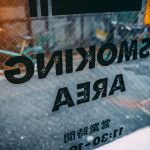 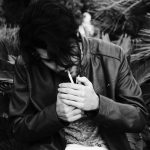